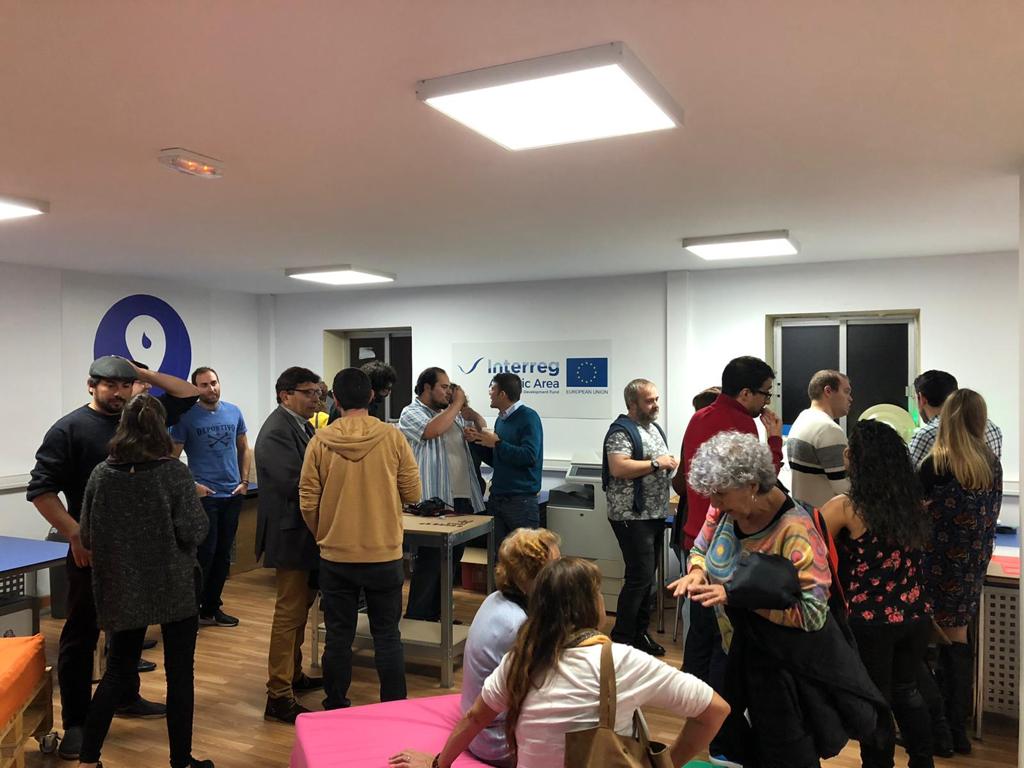 On October 31, our Spanish partner  Vida Lactea inaugurated its Fab Lab space thanks to the European Regional Development Fund through the Interreg Atlantic Area programme inaugurated by the General Director of Youth, Participation and Volunteering of the Xunta de Galicia Cristina Pichel Toimil

The objective is to look for new forms and methodologies for the creation of ideas and the development of prototypes and ideas in relation to youth and society.

This is achieved through live and direct work of young people at different levels on different subjects that have to do with creativity.

Audiovisual: we have teams and professionals with whom they can work from the basics.
Design Thinking: we work directly with the Ville Durable de Nantes: international center for the design of innovative methodologies for youth creation and interaction. Entrepreneurship: with professionals who can develop economic plans, businesswomen, negotiation, sales channels, …

Our Fab Lab has opened with the 3D room and cut and engraved where young people can develop their prototypes. The Audiovisual room will open shortly and a little later a podcast recording studio.

Without a doubt, it is an installation open to all young people in Lugo and Galicia.

The Lug Open Factory creator of this Fab Lab is part of the Atlantic Youth Creative Hubs, a European project that creates synergies between young people from France, Spain, Portugal and the United Kingdom; It consists of several programs among which stand out among others:

In our space you can create the prototypes and projects that youth wants. For now we are working on these aspects, according to the material contained in the fab lab: 3D printing: creation, design and printing in 3D formats; Cutting: cutting and engraving on different materials; Audiovisual: cinema and documentaries; Digital Marketing: campaign creation; SEO: positioning in the network of networks; Computer programming; Tourism and Free Time: design of programs, projects and tools. We have the teams and professionals available to youth.

On the opening day two incubation projects have been presented: Laretas Comunicación and O Museo; and three projects developed by coworkers of the coworking space of the Lug Open Factory: buslugo.com, immersive cinema of Microsoños and the Díxito project that will be released in January. The Fab Lab is in Complexo Residencial Lug2 (Lugo-Spain).

“The most important thing in this space is that young people have places to develop their creativity, and they feel supported by experts and people who encourage and motivate them so that through their concerns we create solutions or innovate in such a traditionalist environment like the one around us “– Xosé L. Garza (Lug Open Factory coordinator).