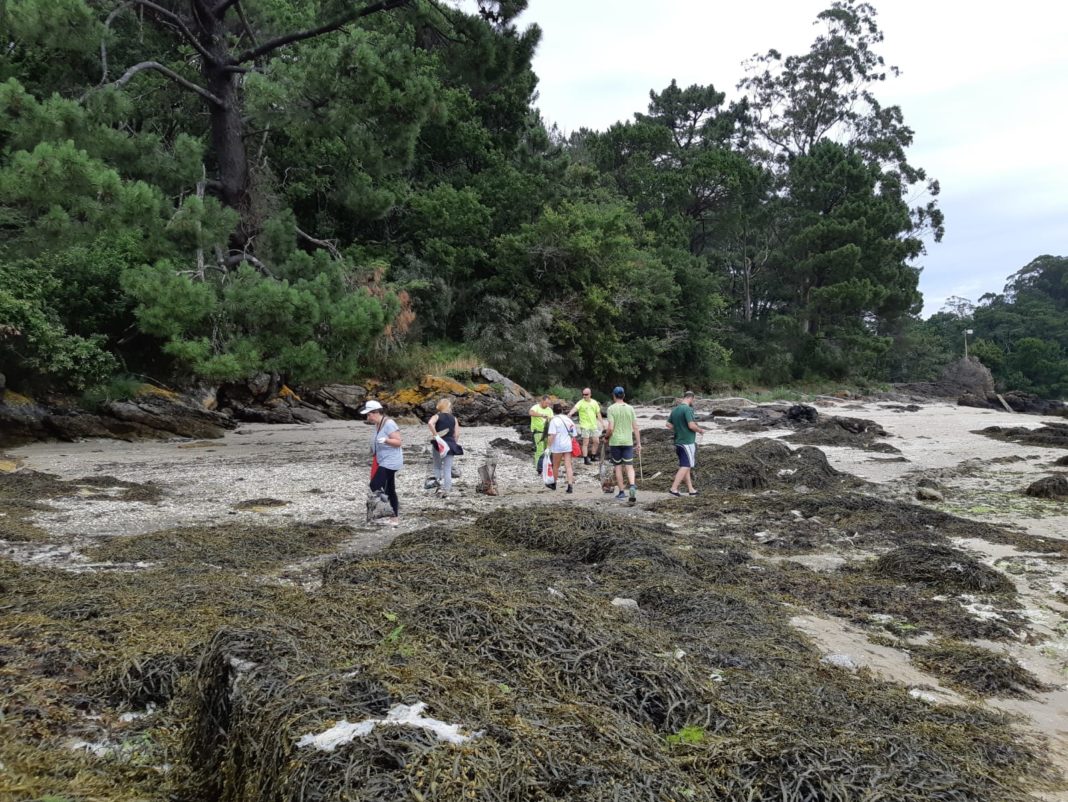 Next week, we will present to the whole of Europe the objectives of Aych Ocean 2019 the project whose methodology will be developed in the 2019 Cies Field for the collection of garbage and its characterization.

José Fernández Bouzas, director of the National Park of the Atlantic Islands of Galicia, where this activity is carried out, has sent us information about the cleaning they have developed on the Island of Cortegada, belonging to the National Park.

Day of cleaning of beaches and coast rocks with Kayak Club of the Sea of ​​Bueu and Spain Kayak on the island of Cortegada within the framework of Project II Network for the conservation of the ecosystems of the National Park of the Atlantic Islands of Galicia promoted by COBGA, PNMTIAG, Address General of Natural Heritage, Oceanographic of Vigo and Biodiversity Foundation, Pleamar Funds.

It should be noted that 1,117 batch plastic sticks were collected, 182 small ears of ears, 36 beams, 10 hunting cartridges. As curiosity, hygiene, gin, 6 liter oil 18 liters of oil and a wheelbarrow appeared.

As we can see, there is a lot of work to do this year.

The Aych Ocean project is an Atlantic Youth Creative Hubs project, Interreg Espacio Atlántico, which also seeks studies on our Atlantic ocean, find solutions to offer society about the protection of the environment and the fight against one’s plastic use from the point of view of European youth.

Aych will be present this year in the Campo de Cíes where he will develop environmental prototype days and his Creative Jam activity attended by experts from all over Europe.

The municipality of Gijón has started its work as we have previously announced in Aych Ocean, and we have been in Exmouth where Space * has shown its interest in carrying out environmental activities this year. In addition Asthon Community Trust in Belfast also wants to know about the Cies Camp project for export to northern Ireland, and Plymouth College of Art will send Luise Honey this summer as her ambassador to participate with us in Cies.